How Recent Technology Developments and Transformations in IoT are Impacting the Industry?

How Recent Technology Developments and Transformations in IoT are Impacting the Industry? 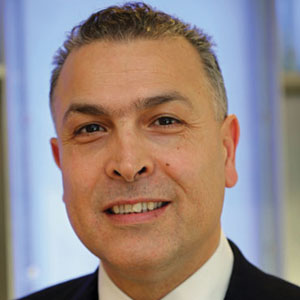 IoT is undoubtedly among the top ten technology trends that will be transformative and disruptive to business models. With an estimated 50 billion IoT sensors by 2020, huge amounts of data can be collected that will enable businesses to extract information and extremely valuable insight. As the demand grows for IoT, so does the network of connected objects. It is important to remember that IoT devices not only communicate with the network they are connected to but to each other as well, creating one big interconnected “device mesh”, working in eco-systems to enable smart homes, smart buildings, smart factories, and ultimately smart cities. Gartner states that using IoT opens up opportunities for businesses to gain $4 trillion in revenue by 2020 which will be the catalyst to transform many businesses. Having said that, to-date just over one in five respondents to the IoT Business Index survey report (The Economist) that the IoT has had a “major” impact on their industry, so there is some way to go before maturity.

Various industries will benefit from IoT. However the industrial sector will probably benefit the most. IoT will feature heavily in ADAS (Advanced Driver Assistance System) and driverless vehicles which are expected to become mainstream in the next decade or so. IoT has already been deployed to deliver better reliability and efficiencies to optimize how jet engines and other such machinery with hundreds and thousands of sensors deployed, provide real-time data back to base, for monitoring and analysis. Another example is advanced innovations in lighting sensor technology, adapting to the different ways that space is used providing smart space and at the same time opening up new possibilities in preventative maintenance, remote diagnostics and reducing lighting costs. IoT also features in farming, healthcare, and insurance amongst other sectors.

It is important to remember that IoT devices not only communicate with the network they are connected to but to each other as well, creating one big interconnected device mesh​

Customer centricity is a key focus within the insurance industry and focusing on the customer value life cycle helps achieve this. This lifecycle is made up of three main sections: Data sensing & collecting, Data analytics, and Human value. The process starts with an IoT device which is connected to the internet and has user interaction; the interaction is then captured by the business and stored as data which will be later used to create and derive immeasurable value and insight through analytics, helping us to deliver customer value which can be targeted to individuals or organizations.

Crosslake: Innovation and Optimization of Software Development and Delivery

VERSE Solutions: Enterprise QMS in Your Own Personal Cloud

Unlocking the Value of Connected Cars

Comprehensible Distribution of Training and Information...

The Current Focus is On Comprehensive Solutions

Big Data Analytics and Its Impact on the Supply Chain

Carmax, the Automobile Business with IT at the Core

The CIO's role in rethinking the scope of EPM for...

Transformative Impact On The IT Landscape

Get Ready for an IT Renaissance: Brought to You by Big...

Technology to Leverage and Enable

Speed is the Name of the Game

How Charles River Labs is Re-imagining Digital Transformation with...

A Multifaceted Approach to Digital Transformation

Hybrid Work Has Forever Changed The Need For It In Ramboll